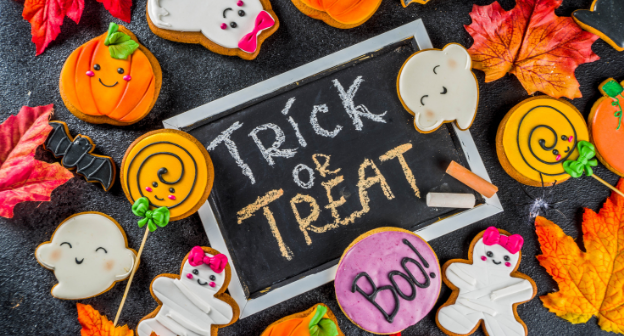 Halloween is the second largest commercial holiday in the United States, behind Christmas. Consumers spent over $8.8 billion on Halloween in 2020, according to the National Retail Federation (NRF) with an average of $92 per person. Here are ten more fun facts about Halloween that you might not know from GoodHousekeeping.com and History.com:

1. Trick or treating has existed since Medieval times. Back then, it was known as "guising" in Scotland and Ireland. Young people dressed up in costumes and went door-to-door looking for food or money in exchange for songs, poems or other "tricks" they performed.
2. When the Irish fled the potato-famine in their country in the 1840s, they brought their Halloween traditions with them. The tradition spread, until mischievous Halloween pranksters reached an all-time high in the 1920s. Some believe community-based trick-or-treating became popular in the 1930s as a way to control the excessive pranksters.

3. When the custom of trick-or-treating started in the 1930s and early 1940s, children were given everything from homemade cookies and pieces of cake to fruit, nuts, coins and toys. In the 1950s, candy was increasingly regarded as an affordable, convenient offering.

4. Sugar rationing during World War II halted trick or treating. Because of the shortage of sugar, trick-or-treating wasn't as big of a deal during WWII. After the rationing ended, candy companies began launching advertising campaigns to cash in on the ritual.

6. Illinois produces five times more pumpkins than any other state, with more than 15,000 acres devoted to gourd growing, according to the U.S. Department of Agriculture. Illinois farms typically grow more than 500 million pounds of pumpkins annually.

7. Princesses and superheroes rank as the most popular costumes for children, while witches rank highest for adults according to the NRF.

8. According to Guinness World Records, the highest number of lit jack-o-lanterns on display is 30,581 by the City of Keene, New Hampshire in 2013.

9. Skittles are the top Halloween candy. The bite-sized fruit candies outranked M&M's, Snickers and Reese's Cups, according to 11 years of sales data from CandyStore.com.

10. Candy Corn was originally called “Chicken Feed” when it was introduced at the end of the 19th century.

Now’s the Time to Order Your Rigid Plastic Boxes for Halloween (and the Holidays)!

If you sell candy or other confectionary products, you know that they need to be properly and safely packaged to be brought into the homes of consumers. The same goes for candies, cookies, and bars that you want to send home with your guests as a party favor. Our plastic containers for food are available in a wide variety of sizes and shapes. Candy boxes stack and display easily while keeping your candy products from breakage, compression, and moisture-related spoilage and texture issues. 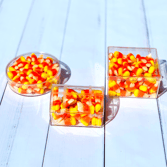 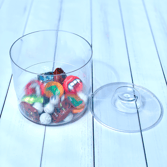 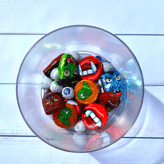 Celebrate Halloween and other fall holidays like Thanksgiving with products proudly made in the USA!

As the largest manufacturer of high-quality rigid plastic boxes in New England, Alpha Rho has been a leading supplier of injection-molded plastic boxes, with a reputation for providing dependable plastic packaging solutions for over 50 years. Our custom rigid plastic boxes -- compartment, hinged, friction fit, custom shapes – are used extensively in multiple industries, such as retail and hobby, food and confectionary, medical and industrial.

We offer reliable service to meet your needs. You can check out our list of products here, or request samples today and experience the quality of Alpha Rho’s products first hand.

← 15 Smart Organization Hacks for Back to School